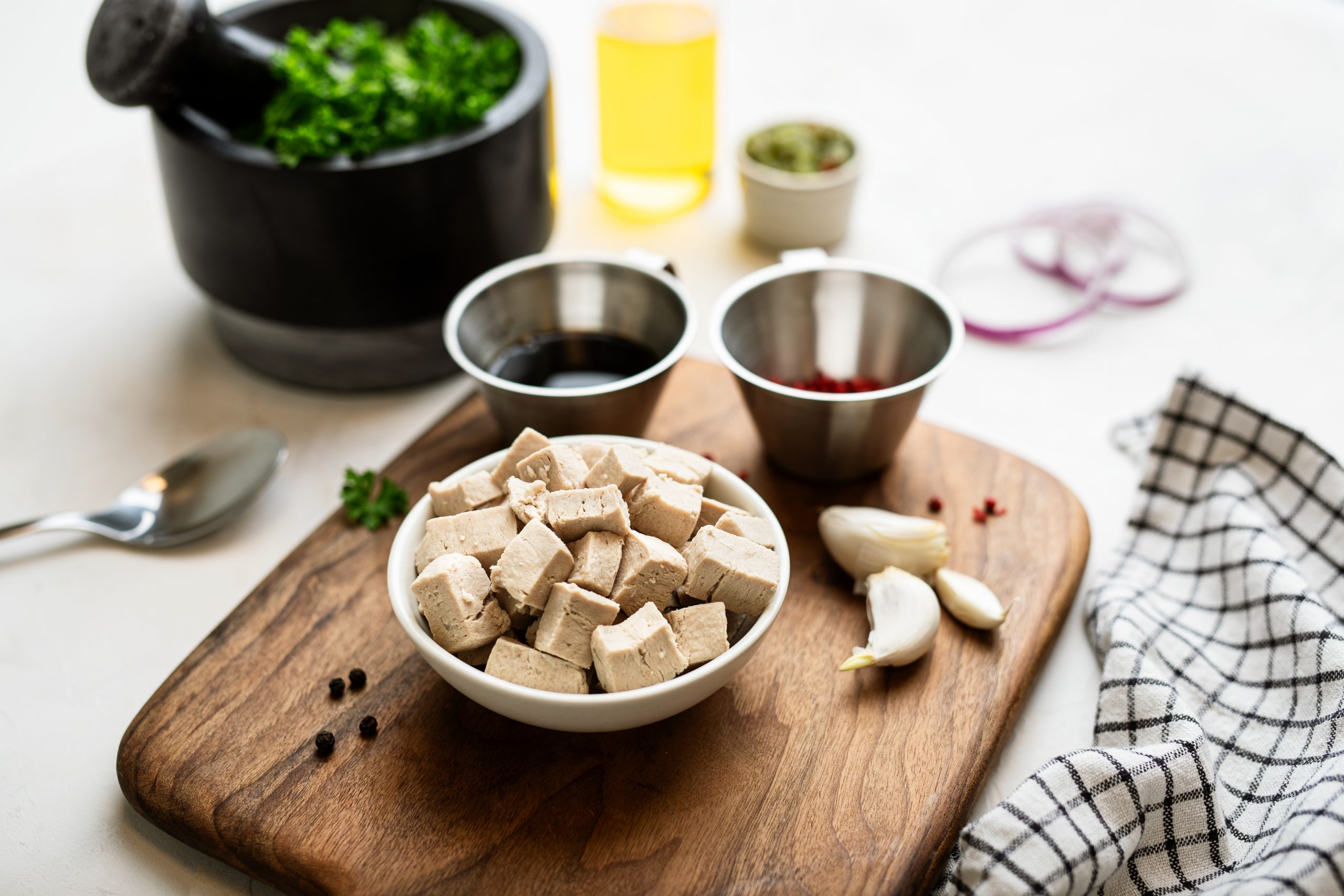 Try saying that out loud ten times. Dichotomization might not be a word that belongs in the everyday vocabulary of most of us. Still, it represents something that is strongly ingrained in many parts of how we view and talk about the world around us. Simply put, dichotomization is to divide all parts of a whole into two separate groups. Under a dichotomy, all parts must belong to one of the two groups, and no single part can be part of both groups at once. Everyone is either good or evil. Where there is a winner, there must always be a loser. You either hate cilantro, or you love it. These are all examples of what we would call false dichotomies, or situations where only two possible alternatives are presented, when in fact there are others that are available. As you may have heard, not everything is black and white. All people have both good and bad sides. Win-win situations are easy to come by, and there are some people out there who are indifferent to whether their banh mi comes with cilantro or not.

We see plenty of these false dichotomies in the world of food. Every food product is viewed as either healthy or unhealthy, low-fat or low-carb diets seem to be the only options available, and every consumer either is a carnivore or not. The middle ground is not always easy to find. This is perhaps not nearly as visible anywhere else as in the discussion on protein sources. We can certainly agree that our reliance on animal-based protein, one side of the dichotomy, needs to sharply decrease. At least if we are to prevent Earth’s climate from becoming impossible, or at least very unpleasant, for humans to live in. But can we all agree that plant-based protein, making up the other side of the dichotomy, is the only way forward?  What if there was another option? Perhaps there is something that is not an animal, but not also a plant? Perhaps there is something that can combine the best of both worlds? Perhaps there is something that is vastly superior to both animals and plants in terms of both protein production efficiency and sustainability? Perhaps there is… fungi? 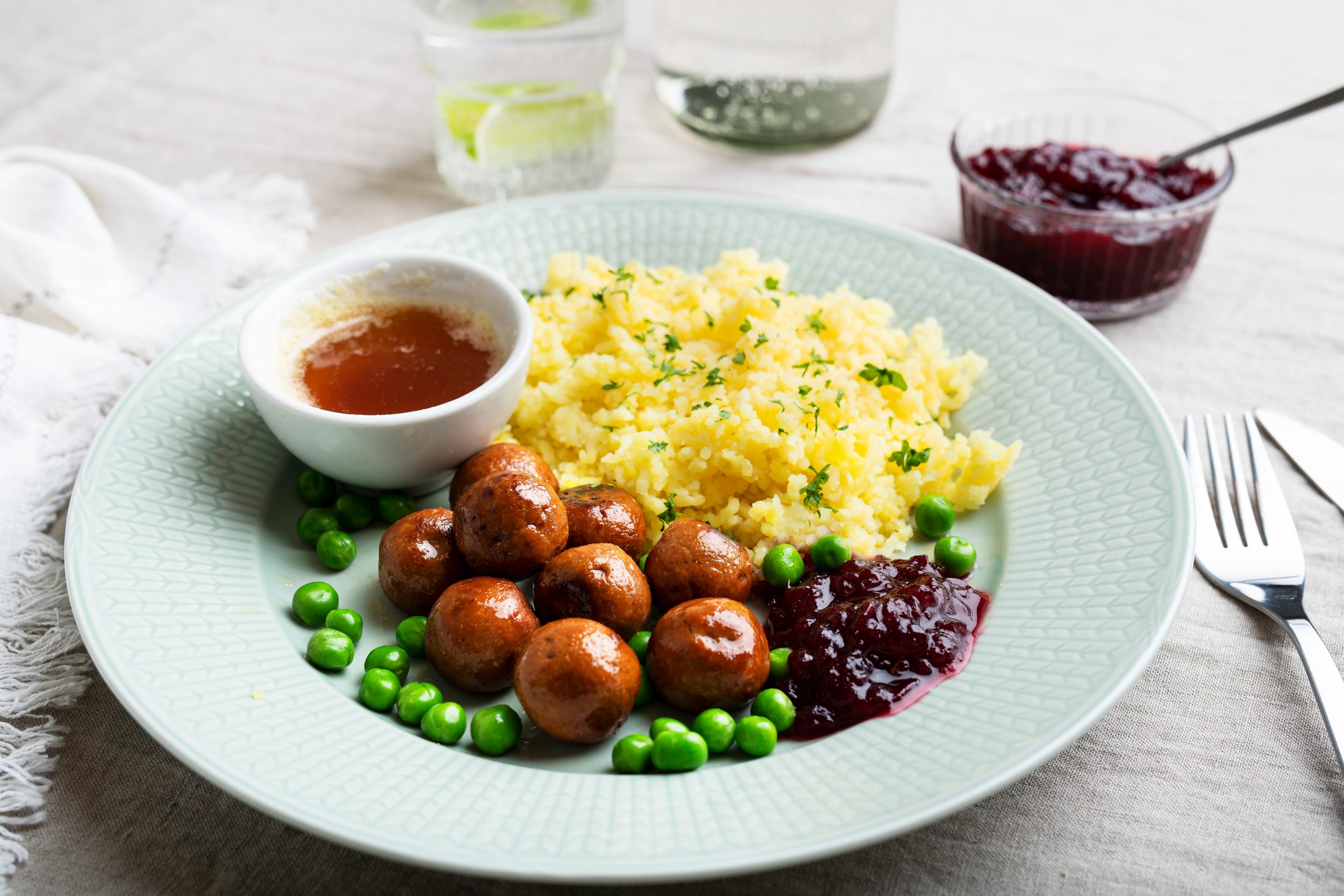 Neither meatballs nor veggie balls

To use some fancy biologist lingo, fungi are eukaryotic organisms that belong to a kingdom that is entirely separate from both animals and plants, the two other eukaryotic kingdoms. That being said, they do have several characteristics that can be found in both the animal and plant kingdoms. And just like most of us still get our fair share of both meat and veggies, we also eat fungi every day. Every time you enjoy a lovely chanterelle toast, portobello burger or add some shiitake to your noodles, you consume fungi in their most familiar form – mushrooms. The fungi kingdom is massive and breathtakingly diverse, and includes not only mushrooms but microorganisms such as yeasts and molds as well. This huge variability has led to fungi being used for countless applications for centuries, and we are only starting to uncover their true potential for improving global diets and nutrition. Thanks to breakthrough advances in industrial fermentation technology, species of fungi with excellent nutritional value and ultra-high palatability can be produced with a level of efficiency, scalability and sustainability that crop or livestock production can only dream to ever achieve.

Some years ago, the potential of fungi to transform the way we consume and think about protein started to dawn on an ambitious young researcher who had travelled across the world to pursue a career in industrial biotechnology. By 2013, Ramkumar Nair had left his native India to go to Sweden to participate in cutting-edge research on the exciting properties and the uses of microfungi within industrial settings. A few intense years of PhD and research projects later, Ram had not only figured out the potential of using his fungi as food and feed products, but also received immense interest from the private sector in his work on this entirely new fungi-protein source. Taking a huge leap of faith, he retired the lab coat, flicked the entrepreneurial switch, and never looked back. It was the beginning of 2018, and the biotechnology startup Mycorena had been born. 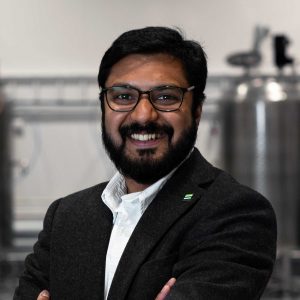 In the span of two short years, Mycorena has grown from a scribbled name on a crinkly piece of post-it into one of the fastest-growing biotechnology startups that Sweden and the Nordics has seen for many years. With a strong technology-driven focus, the main vision of Mycorena has always remained clear: to shift global diets towards greater wellbeing and sustainability by making fungi the most competitive protein source on the planet. Since 2019, this vision has been embodied in Promyc®, Mycorena’s brand of innovative fungi-based protein. Thanks to this unique ingredient, food producers all over the world can supply consumers with entirely new vegan foods without having to make painful tradeoffs between taste, texture, nutritional quality, safety, sustainability, or price. Promyc looks, feels, tastes, and behaves like meat, and has 60% protein with a complete amino acid profile. It also adds plenty of healthy fibers to your diet, is packed with healthy fats and micronutrients, and requires a fraction of the resources needed to produce meat or crops. If all of this sounds too good to be true, it might be a sign that you have fallen for the false dichotomy of animal-based and plant-based protein. No need to feel bad, though. We have all been there, but there is no need for us to ever go back to this mindset again. 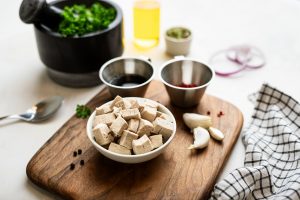 With just over one year in the making, Promyc has been used by hundreds of food producers, chefs and ingredient suppliers internationally, and has even made its way to consumers in the form of Mycorena’s very own revamp of the classic Swedish meatball. A small but dedicated team of engineers and business people work every day at the Promyc Innovation Center (PINC) in Mycorena’s hometown of Gothenburg, Sweden, to keep supplying food innovators with the protein of the future. A few hundred kilograms of delicious fungi protein currently get shipped from the heart of the company’s operations each month, but the team at Mycorena is far from being contented. Starting in 2021, they will be scaling production to industrial volumes and become the first startup to join an ambitious initiative to build the Silicon Valley of Nordic foodtech in Falkenberg, Sweden. To prepare for aggressive growth and international expansion, the company is now participating in the 4-month EIT Food Accelerator Network program. Designed to help European startups maximize their potential, the network helps Mycorena and its co-participants through masterclasses, tailored research projects, mentoring with leading European business experts, and networking. The team at Mycorena is thrilled to have gotten the opportunity to participate in the program, and can’t wait to see what its community of startups will do to transform the food industry for years to come. For more information on the EIT Food Accelerator Network and Mycorena’s activities within the program’s Helsinki hub, please visit: https://www.eitfan.eu/helsinki/.

The future of food is only beginning to take shape before us. There is plenty of time for surprises, discoveries and new innovations to enter the playing field. When the team at Mycorena gets their ambitions fulfilled, two things will be for certain. First, mycoprotein will have completed its journey from being a food industry underdog to becoming a staple of global nutrition. Consequently, there will be no more false dichotomy of animal-based and plant-based protein, but rather a reality where we can strive for the best of both worlds. To stay updated with Mycorena’s mission to fulfill these goals, visit www.mycorena.com and follow the company’s social media. 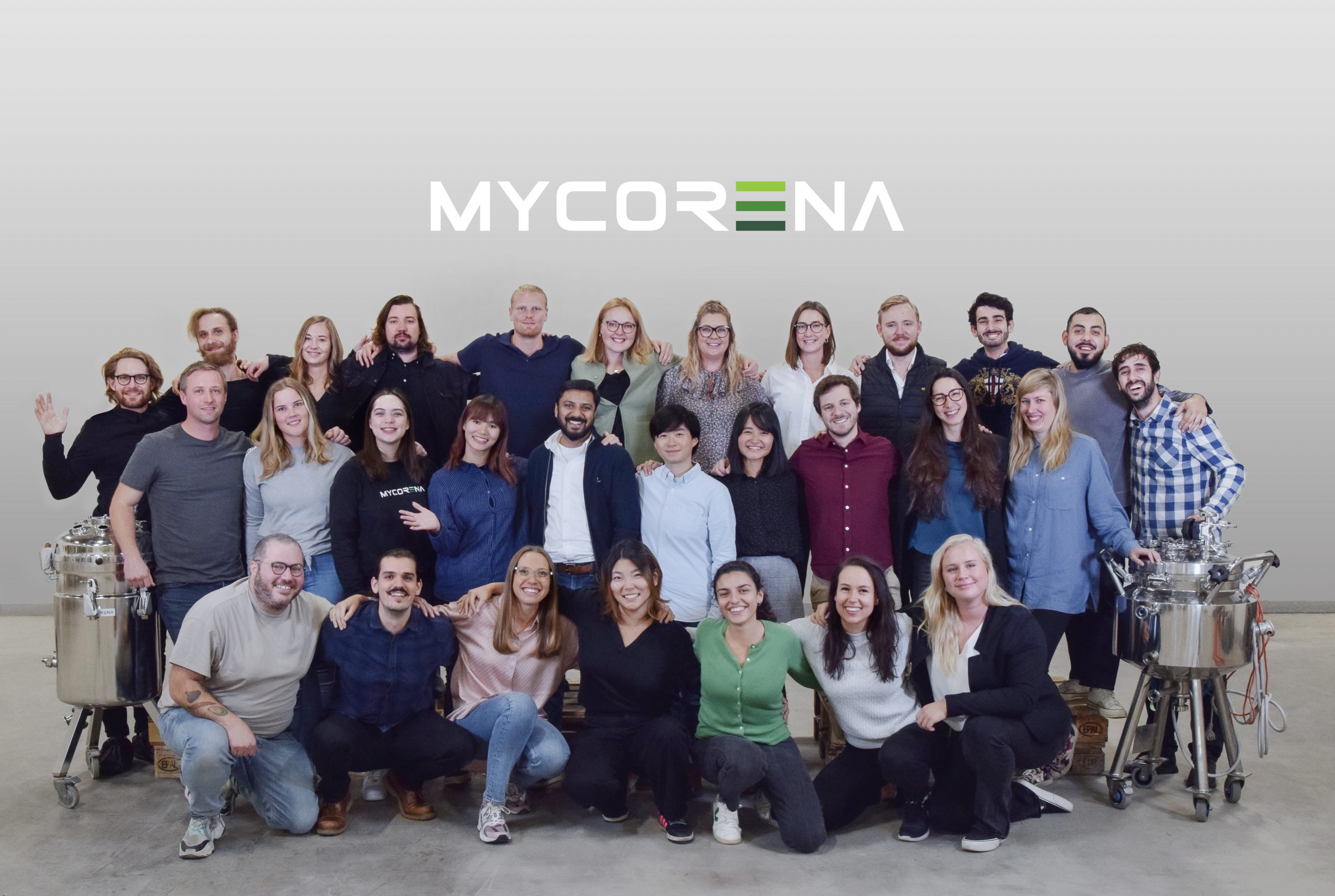 “Since completing our EIT FAN participation in the fall of 2020, things have been progressing exponentially at Mycorena. Most notably, we closed a €7.7 million funding round in June of the following year, a process that was greatly helped by the insights on fundraising and due diligence processes from the program and its fantastic mentors. Through the insights collected from the program, we have also been able to leverage these financial resources in a much better way. New technologies have been developed, several new partnerships are in the books, and more consumers than ever before have gotten their hands on foods made from Promyc – our flagship fungi-based protein source. Without EIT FAN, we would not have been where we are today!” 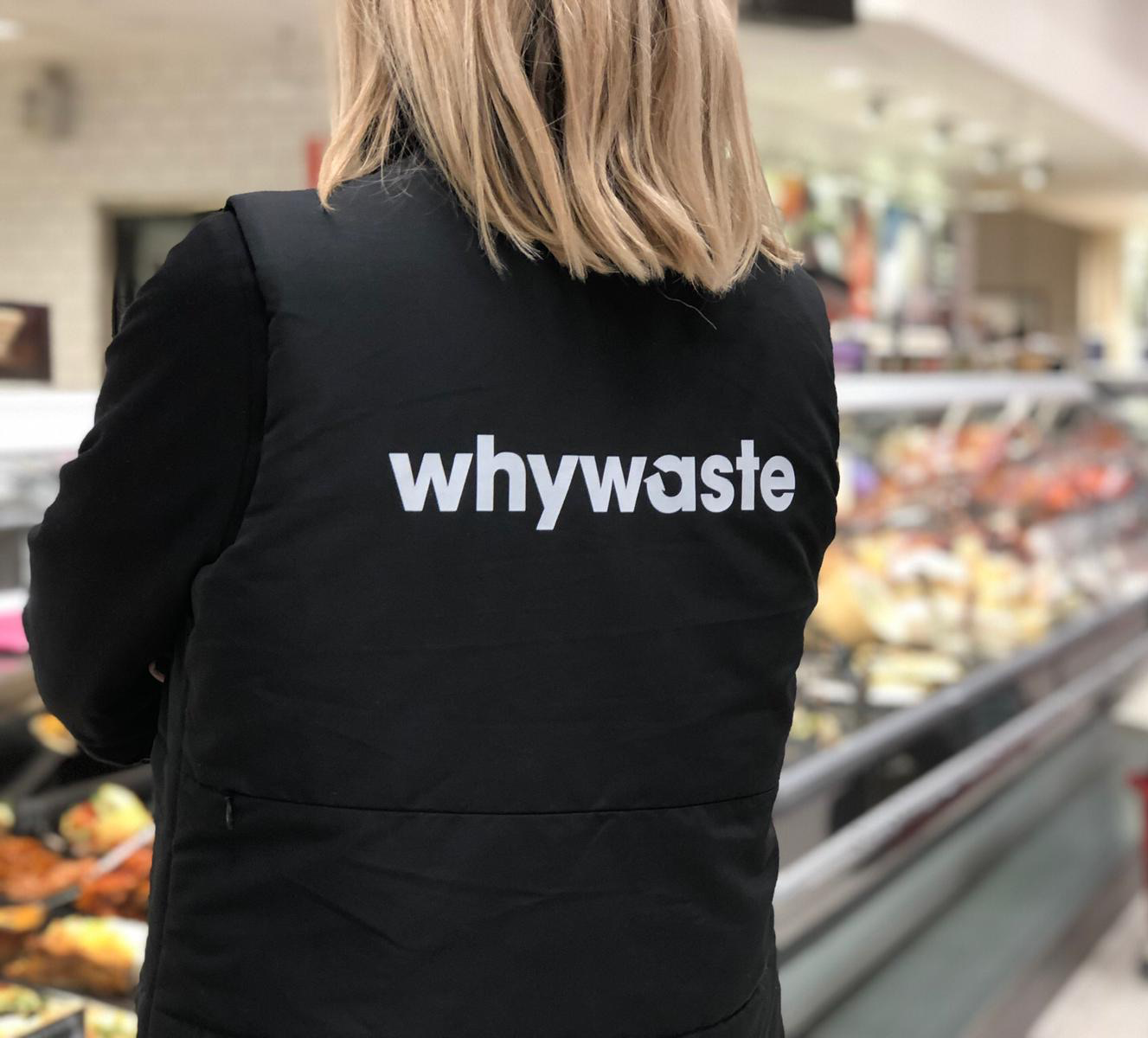 Asda has collaborated with Whywaste on a new data solution which will simplify the supermarket’s mark-down process and in doing so, reduce food waste. Whywaste is a Swedish startup that participated in the EIT FAN… Read more » 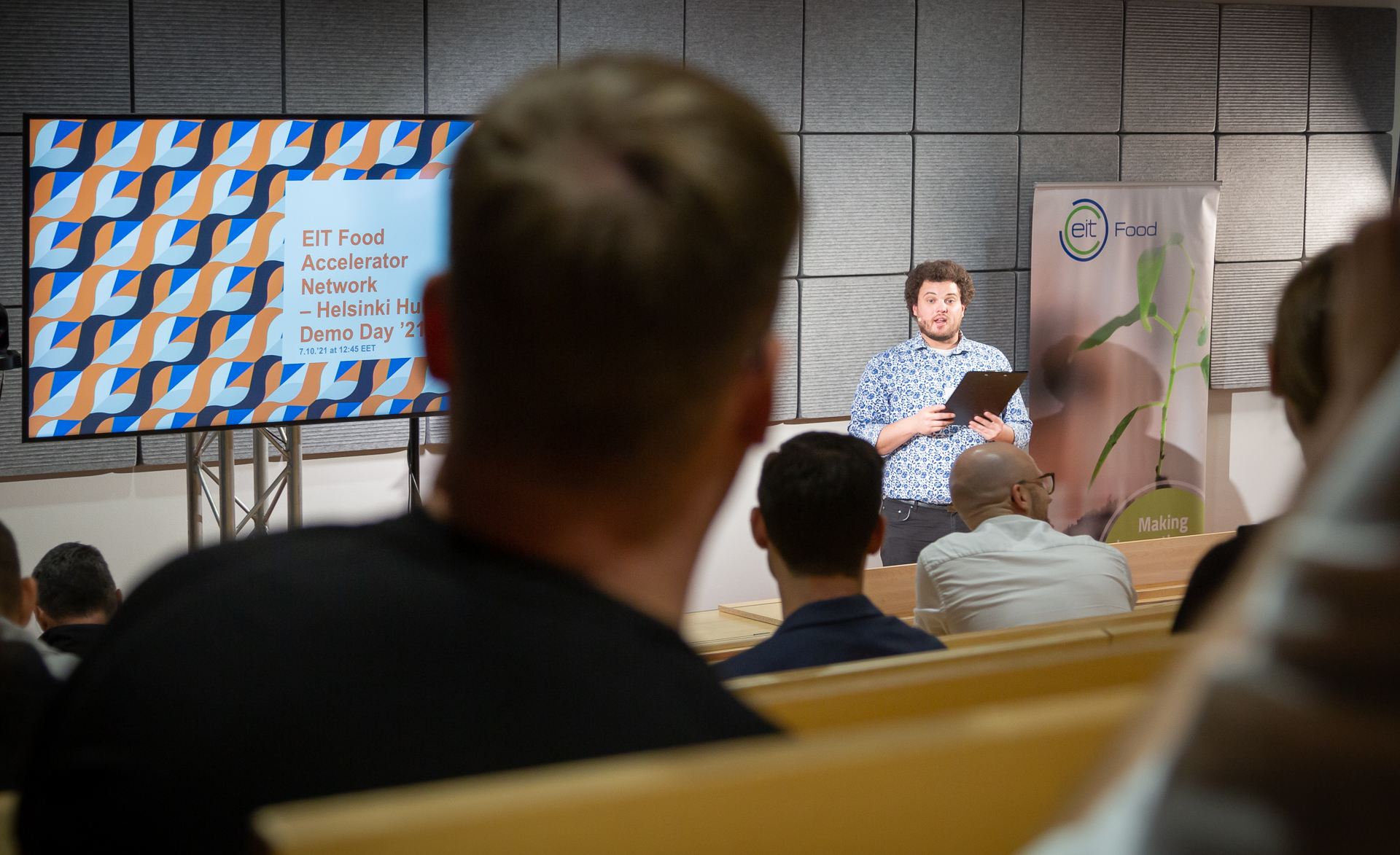